The Internet of Things in 2020: More vital than ever

Articles
If you work in IT, you’re probably safely ensconced at home right now, clinging to your laptop at the edge of your company’s network. The shift from office to home has been momentous. But it’s also symbolic of a larger trend: The network edge has become as important as the network core. Remote workers aside, the IoT (internet of things) is the biggest reason why the edge has become so crucial. According to Gartner, a crazy variety of some 21 billion connected “things” are at this moment collecting data and performing all sorts of tasks. The majority are consumer devices, from smart speakers to watches to door locks. The rest serve business: medical devices, engine sensors, industrial robots, HVAC controllers…almost every enterprise now relies on IoT devices in one form or another. These devices vastly expand the reach of enterprise networks – and increase vulnerability proportionally, as the Mirai botnet attack vividly illustrated. But with proper security in place, the payoff can be enormous, as connected devices transmit gobs of data from which analytics professionals can surface insights and accelerate business transformation. Not to mention that the ability to control devices remotely suits our troubled COVID-19 era, during which any sort of travel should be minimized. Today’s growing multitude of IoT endpoints is tying the digital and physical worlds ever closer together, improving the accuracy of predictions and delivering event-driven messages that can be acted on without human intervention. To examine the impact of the IoT and provide implementation advice, Network World, Computerworld, CSO, CIO, and InfoWorld each bring their own view of the most pervasive trend in tech.

At the moment, no more dramatic example of the IoT’s value exists than the medical device – such as Kinsa’s connected thermometer, from which the company is aggregating data to flag possible COVID-19 outbreaks. Writing for Computerworld, Senior Reporter Lucas Mearian observes that the IoT has already hit the medical mainstream in “How IoT is becoming the pulse of healthcare.” Not only have 79 percent of healthcare providers with revenue over $100 million put IoT devices into production, but Gartner predicts a 13-percent rise in medical IoT spending in the next fiscal year – and 75 percent of healthcare providers believe IoT projects will deliver financial payback within three years. The critical nature of IoT medical devices raises the security stakes exponentially, as this Network World video warns us. But as CSO contributor Jaikumar Vijayan writes in “How IoT changes your threat model: 4 key considerations,” the risks around IoT in operational technology also loom large. Because IoT devices connect to the internet, they open new attack vectors that, say, core manufacturing operations never had to confront before. Companies need to develop enterprise-wide frameworks for IoT procurement, deployment, security, and monitoring to minimize that exposure. 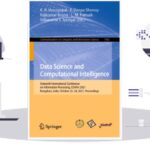 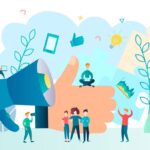 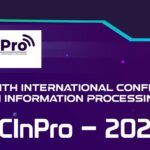